A correct production and maintenance of myelin sheath is essential to the proper function of the peripheral nervous system (PNS). Resembling insulation of an electrical wire, the myelin sheath enables electrical signals to be rapidly and correctly conducted along the nerve fiber.

However, hereditary neuropathies are among the most common inherited neurological diseases (Charcot-Marie-Tooth disease, CMT). They typically affect myelinated peripheral axons and can be caused by defects in neurons and/or Schawnn cells. In demyelinating neuropathies (CMT1), the deleterious effects originate primarily in myelinating Schwann cells. In axonal neuropathies, neurons are initially affected (CMT2). Pathological hallmarks are a reduction of nerve conduction, alteration of axonal transport and a progressive axon loss leading to neurogenic muscle atrophy or sensory deficits.

Neuron Experts has developed an in vitro model of sensory neurons / Schwann cells co-cultures where both cell types originating from the same individual are cultured together in monolayer with the possibility to keep them in a serum free culture medium for 2-3months. 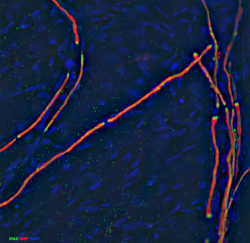 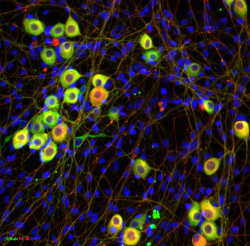 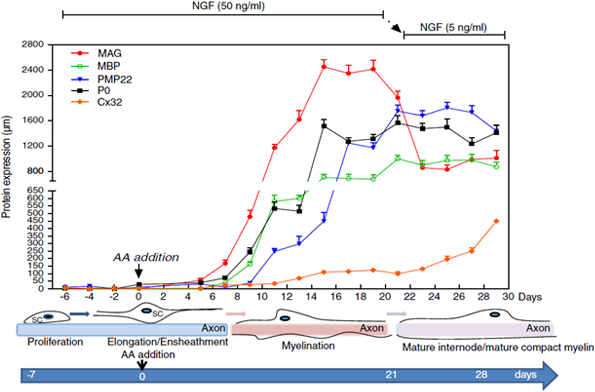